Become an agent of change 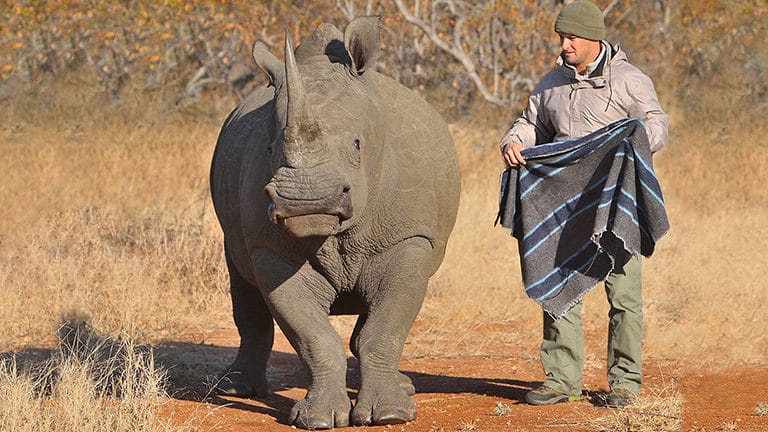 Become an agent of change

Rhinos are part of our national heritage. They belong to all South Africans and it is our responsibility to protect them. There are a number of ways that you can help by becoming an agent of change in your community.

Stop the myth
Everyday rhinos are senselessly murdered for their horn because of false myths that rhino horn is a cure for a vast array of ailments – everything from cancer to hangovers. These myths have created a global demand for rhino horn, and poachers hack the horns off our rhinos here in Africa and sell them for a huge profit overseas.

The truth is that rhino horns are made of keratin which is a type of protein, the same as that found in your hair and fingernails. Keratin has been proven to have absolutely no beneficial medical or aphrodisiac impact on human beings!

Rhinos are innocent animals which are being needlessly slaughtered for the sake of human greed.

Education is key if we have any hope of saving our precious rhino. Once you know the truth about rhino horn you can use your knowledge to educate and empower others. Help us work towards destroying the myths around rhino horn so that we can eventually eliminate the demand.

Help protect our rhinos
Three rhinos are poached every day in South Africa. In 2017, 1 028 rhinos were killed for their horns. In 2018, we lost 769 of these beautiful and gentle giants to the horror of poaching. This is a crisis point and if the poaching continues rhino deaths will soon overtake births which means that rhinos will become extinct in the very near future. South Africa is home to the majority of rhinos left in the world and they are under constant threat from poachers. Despite all the concerted effort of conservationists, poaching is still increasing, and it is pushing the precious few rhino we have left closer and closer to extinction.

Keep up to date
There are a number of organisations who are working tirelessly every day to conserve and protect rhino. Learn more about some of the work they are doing or follow them on social media.

SANParks
The South African National Parks service is instrumental in ensuring the continued protection and conservation of our rhino.  Find out more about one of their rhino projects here.

Peace Parks
Peace Parks Foundation is a non-profit organisation working to establish and develop transfrontier conservation areas to protect rhinos and other wildlife.

Sorai
Kevin Pietersen has dedicated his public image and global identity to supporting the wellbeing of rhinos. Find out more about Sorai here.

Show your support
Show your support by donating today. Every donation goes towards our goal of raising R10 million by December 2020 to aid in the protection of rhino in Africa.

Make a donation here.
Together we can help preserve these beautiful creatures for future generations.