The next level in Conservation

The next level in Conservation

Press release: Going to the next level in Conservation

About The Boucher Legacy

The Boucher Legacy was established in 2012 when Mark Boucher stepped down from an illustrious career of over 15 years in cricket representing his country; South Africa, at the highest level. Mark’s passion for conservation and protecting our natural heritage in Africa, can be compared to his unwaivering dedication to the game of cricket which can be seen today in his role as the coach of the Proteas’ Cricket Team. His leadership and attitude in the conservation arena has given hope to many who are fighting the war daily to protect our endangered species from poaching atrocities.

The journey of The Boucher Legacy began with the raising of funding to focus on rhino poaching in South Africa through the dedicated support of The South African Breweries and their flagship brand, Castle Lager. The initial focus program was The RhODIS Foundation whereby rhino are placed on a DNA database to allow law enforcement to link a suspect to a poached rhino horn and to the carcass of the rhino and thereby increasing the prosecution of the perpetrators. The Boucher Legacy continues to support this program today.

The Boucher Legacy works closely with SANParks in the monitoring of rhino through collaring of individual rhino to ascertain their movements while also protecting them. More recently The Boucher Legacy have supported The African Pangolin Working Group to rehabilitate pangolinsthe highest/most poached species across Africa.

“We need to keep talking about the problems we have and keep creating awareness. As long we are always creating awareness and not letting things go by without making an impact – then we are going in the right direction.” – Mark Boucher

Today The Boucher Legacy is an independent Non-Profit Organisation working with key partners to make a difference in protecting our endangered species for future generations with the hope of ensuring that our natural heritage continues to be a draw card for tourism and ultimately an employment opportunity in our country.

In recent times The Boucher Legacy has widened their gambit beyond rhino with the aim of taking an increased role in the protection of endangered mammal species beyond rhino – although rhino will remain a key priority for us.

We continue to work closely with SANParks and are also about to embark upon a new program to protect wild dog packs within the Kruger National Park and surrounding reserves to monitor movement of the packs and to ensure that they are safely returned to the Greater Kruger should they roam beyond the borders of the Park.

The Boucher Legacy recently partnered with The African Pangolin Working Group to rehabilitate four pangolins seized from poachers by authorities and once they were recovered, we were pleased to have been able to release them back into their natural habitat. We will continue to review programming to protect this species which is under the biggest threat currently.

The DNA Machine purchased for Dr Harper at Onderstepoort some five years ago remains a key asset in the RhODIS Program and we will continue to work with Dr Harper to ensure that prosecution of perpetrators of Rhino poaching continues.

As and when our funding drive improves, we will be on the look out to support other programs to protect other endangered species including cheetah, lion and elephant. In addition, we are working with SANParks to improve technology to monitor endangered mammals in order to glean conservation learnings and also to protect our mammal species holistically.

We have found that donor fatigue has set in globally when it comes to raising funds to support programming and education around the atrocities that are happening in animal trafficking and the decimation of endangered species, particularly in mammals, across Africa.

In order to draw on the resources and expertise of others, which will enable us to go to the next level, we are proud to announce the appointment of three new members to our leadership team. These appointments will assist us in finding innovative ways of connecting us to the business world where we hope to raise much needed funds to support the increased programming that we are embarking upon. 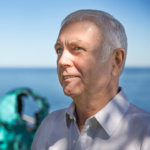 Paul Harris founded Rand Consolidated Investments with three friends in 1985 and merged with Rand Merchant Bank started by Mr Johann Rupert. Paul moved to Australia for five years and set up RMB and then returned to South Africa in 1990 to became CEO of the Bank. In 1998 RMB and FNB, together with several other financial companies, merged to form Firstrand and Paul became CEO of the banking group and group CEO in 2006 before his retirement in 2010. While at RMB he oversaw the development of several private game reserves including Ingwelala, Mabula, Welgevonden and Thorny Bush. He was also a founder shareholder of the safari company Great Plains with lodges in Botswana, Kenya and Zimbabwe. He served on the board of Cricket South Africa and is on the board of the Sunshine Tour. His other business interests include Rain, the data network, Ellerman House and Everard Read Gallery.  He is a passionate conservationist and is delighted to be associated with The Boucher Legacy. 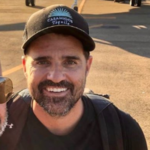 Allan Stanton has been at the forefront of private aircraft sales for over two decades. He is internationally renowned for his strategic insights, technical expertise and exceptional relationships with the aviation industry and amongst some of the World’s most influential people. His current business is Stanton & Partners Aviation headquartered in Dubai.

Allan has a passion for Golf, the Bush and sport. He has helped raise money and donated time and resources to grass route initiatives in South Africa as well as non-profit institutions on the global stage. Allan is excited to join The Boucher Legacy to profile the organisation on the global stage. 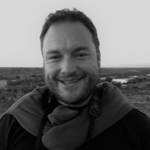 Marc’s love for the bushveld started at the age of four. Many family trips to the Kruger National Park cemented this into a passion for all wild places across Africa. Growing up, he always wanted to be a game ranger but his initial career path went in a very different direction when he took up various leadership roles at advertising agencies specialising in media. Marc now has a passion for both Media and Conservation and is currently the Group MD for Mediology, South Africa’s largest independent media and digital agency. With Marc’s exceptional relationships with media owners spanning over 25 years, he will work with The Boucher Legacy to help profile our fund-raising programs and negotiate much needed media space in all media channels across Southern Africa.

We are excited to bring these new skills and capabilities on board and look forward to taking The Boucher Legacy up a gear.

COVID-19 is a wake up call to the world to acknowledge that human beings do not appreciate the natural heritage that surrounds us every day and that we need to do more to protect what we are blessed with.

In Africa, we are really spoilt for choice when it comes to both fauna and flora and this needs to be cherished and looked after not only for future generations but also for tourism and the attraction that this provides for the rest of the world to experience.

Trafficking of any animal for human benefit or ritual is totally unacceptable in our books and we need to achieve support and alignment globally to put an end to this cruelty and decimation of these magnificent animals.

The Boucher Legacy will come out of COVID-19 having given substantial thought around our approach going forward including new expertise to guide us, new ways of raising much needed funds, new partnering approaches and new programming, concentrating on what will make a difference in protecting endangered mammals in Southern Africa.