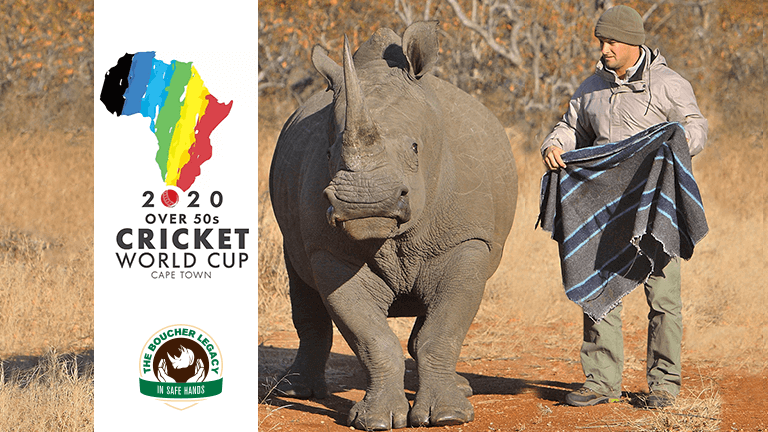 Cape Town – May 2019: Following the success of the inaugural Over-50s Cricket World Cup in Sydney in 2018, the tournament is set to take place in Cape Town from the 9 – 25 March 2020. Eight national sides gathered in Sydney in mid-November 2018 with little idea of what to expect. What followed was 3 weeks of excellent cricket played on the most magnificent grounds in tremendous spirit. Matches were played with pink balls and were 45 overs a side. Each team played each other team, before the top 4 sides played off to reach the Cup Final and the bottom 4 played for the Plate. Australia ended up winning the Cup in a gripping final against Pakistan.

Roger Moult, Tournament Director for the 2020 tournament in Cape Town and Manager of the 2018 team from South Africa, says that the tournament in Cape Town will include 4 new teams, namely West Indies, India, Zimbabwe and Namibia. They join Australia, Pakistan, Sri Lanka, New Zealand, England, Wales, Canada and hosts, South Africa. The matches will be played in Cape Town, Stellenbosch and Franschhoek on mostly Premier League grounds. The teams will be seeded according to the positions they finished in the 2018 tournament. The final will be held at Newlands Cricket Ground.

Roy Meeser, captain of the 2018 team from South Africa and now responsible for recruiting players for the South African team for 2020, says that there has been an incredible response from former-Proteas players and ex- Provincial players for the Cape Town Tournament.

Cricketers who had previously represented their country at international level, or those who missed out, now have the opportunity of donning the Green and Gold again or for the first time.

Rodney Malamba, now 55, who played for Langa Cricket Club and Natal, says it would fulfil a childhood dream to play for South Africa, given the challenges he had while growing up playing cricket in the apartheid years.

Frank Auger, an Executive Member of VCASA and Chairman of Wanderers Cricket Club reports that the Wanderers Masters’ Cricket League will run from 11 May – 13 July 2019 with the objective of identifying players for national and international tournaments. In the Cape, the Cape Veterans’ T20 league will begin in October 2019 with the same goals as those of the Wanderers Club.

The 2020 tournament has adopted the Boucher Legacy as the charity benefactor. Headed up by former South African cricketer Mark Boucher, The Boucher Legacy was founded in 2012 when Mark retired from international cricket and turned his passion and commitment to wildlife conservation, in particular to preserving our endangered rhino population.

The South African Rhinos, which was the name given to the team which played in the 2018 tournament donated R100 000 to The Boucher Legacy after the tournament.

Alastair Hewitt, Marketing Director of The Boucher Legacy, says that they are hugely appreciative of the support that Veterans’ Cricket is giving Mark’s legacy programme, given that his first innings of his life was dedicated to the sport.

Moult says, “Plans for the 2020 tournament are well underway and the announcement of the match fixtures will be done in early May 2019. The opportunity to play in the Over-50s Cricket Cup is open to any player who turns fifty years old on or before the 11 March 2020”.

Anyone interested in being considered for the tournament, should contact Roy Meeser on +27 (21) 82 494 3783 or send an email to roy@newtonsphere.co.za for more information.

The tournament and the South African team is looking for sponsors. Please contact Roger Moult on +27 (21) 76 080 3468 or send an email to roger@designer.co.za .