The Plight of the Pangolin

The Plight of the Pangolin

“We can’t individually save the world, but we can try and save one species.” – Professor Ray Jansen, Chairman of African Pangolin Working Group

Wise old man of the bush

The Pangolin – the venerable ‘wise old man’ of the African bush – is said to be a totem of good luck and the bringer of rain. Pangolins, also known as scaly ant eaters, are shy, nocturnal creatures found in various parts of Africa. Their name is said to come from the Malay word “pengguling”, which means “one who rolls up” and is a reference to their best form of defence when they roll themselves up into a ball and their hard, overlapping scales form a protective shield around them.

There are four types of pangolins in Africa (and four in Asia). African pangolin can be found dispersed throughout southern, central, and east Africa.

This enigmatic creature holds the secrets of 85 million years of evolution but is now under severe threat due to poaching by humans.

“I feel so grateful and so lucky that I have been able to work with this animal when so few people have even seen them and hardly anybody even knows that they exist. And this is the nature of this very shy, reclusive but ancient animal, it’s spent 85 million years on this planet.”

The worlds most trafficked mammal

Pangolins are hunted for their meat and for their scales. They are now at the point where they may soon become extinct. The hunting and trade of pangolins in Africa and Asia is extreme. It is estimated that around 100 000 pangolins are killed every year. That means over 1 million pangolins have been wiped out in the past decade!

“One has to see a Pangolin live to fall head over heels in love with this gorgeous mammal. It is absolutely impossible to understand why humans would destroy and decimate this beautiful species for personal benefit and totally unfounded and selfish rituals and mystical beliefs. It is totally unacceptable that this mammal and others are being exploited for greed and personal gain. This trafficking and decimation needs to stop right now!”

The hunting of pangolin

Pangolins are hunted for many reasons including being sold as a bush meat delicacy and for their scales, which are used in many traditional medical treatments. This graph from Oxpeckers – an investigation by Alexis Kriel – highlights how the animal is being used as a commodity in Africa and Asia: 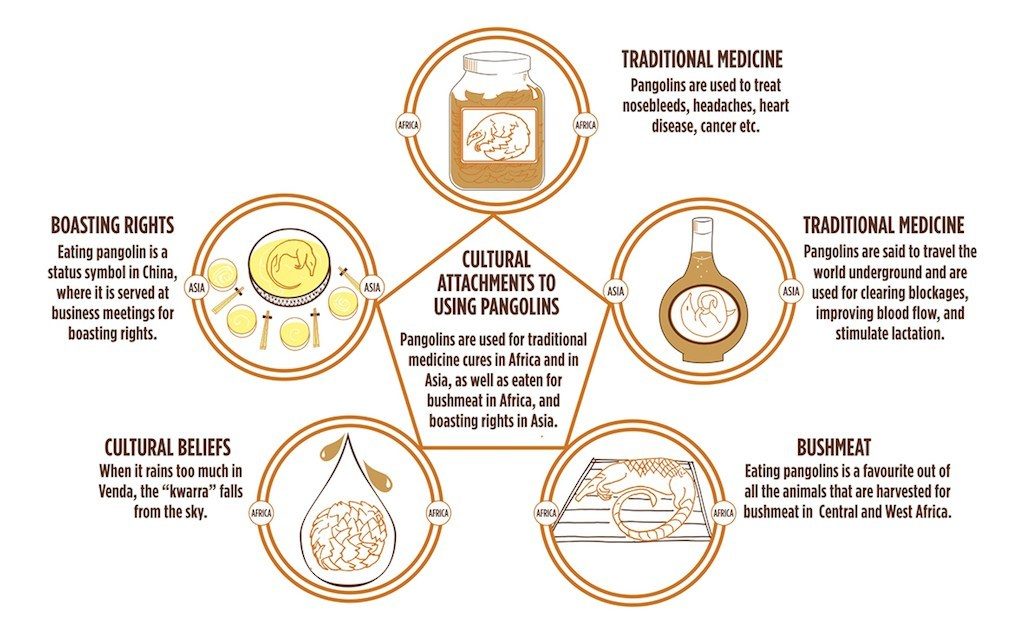 The African Pangolin Working Group (APWG) believes that the illegal international trade of pangolin scales and meat is likely to become the most significant threat to African pangolin species in the near future, with the amount of scales confiscated for this year (2019) at 68.5 tonnes already.

In 2016 all eight species of pangolin were listed on Appendix I of the Convention on International Trade in Endangered Species (CITES), making international trade in them illegal. However, this has not stopped the illegal poaching and trafficking of these animals. In fact, demand has steadily increased over the past three years. Sadly, if these creatures are going to survive then it is up to us to save them.

“I think that every species has got the right to live. It is as simple as that. I think it’s our responsibility, and if they die on our watch, it’s our fault. Any species. We can’t individually save the world, but we can try and save one species. If pangolins go extinct, that’s because of humans.”

A shared passion to protect

In Africa, we are blessed to have the most beautiful wildlife in the world. Sadly, a number of species are being decimated by humans for senseless rituals and selfish beliefs. Protecting our wildlife goes far beyond just saving these magnificent animals. We have to conserve our wildlife heritage for future generations.

The Boucher Legacy have followed the great work that the African Pangolin Working Group (APWG) and the Johannesburg Wildlife Veterinary Hospital (JWVH)  are doing in terms of pangolin rehabilitation and based on their extensive experience and knowledge of the species, decided to partner with them as highly credible and passionate organizations.

Earlier this year Mark went with the APWG to the JWVH where he encountered Rampfy the pangolin. Mark was so moved by the plight of this little pangolin that he pledged to help in the rehabilitation and release of pangolins that were confiscated from the illegal trade. 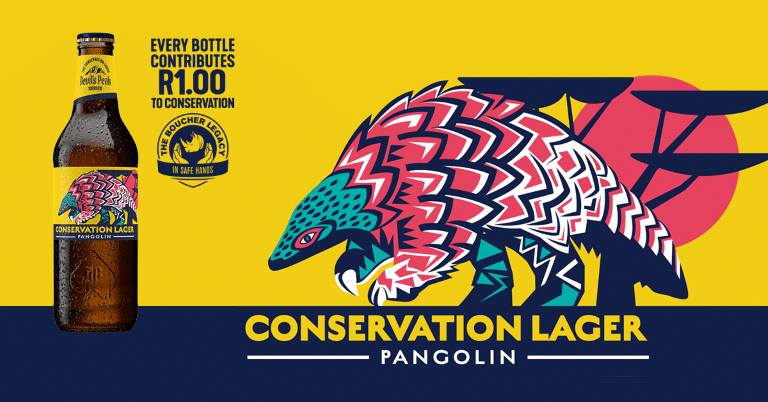 Our initial contribution is to sponsor the rehabilitation of four pangolin. Our contribution is R200 000 for now, however, we plan to sustain our support going forward through Conservation Lager as a key contributor and other donors over time. We are also going to work closely with the APWG to profile the plight of our pangolin in Africa through our influencers and digital platforms.

“The African Pangolin Working Group would like to take this opportunity to express our sincere gratitude to the initiatives of you and the team at The Boucher Legacy for the immense strides you have taken in bringing awareness and much needed funding to the plight of pangolins and other endangered mammals in South Africa.

Your large financial contribution to us and the Johannesburg Wildlife Veterinary Hospital towards the treatment and rehabilitation of four pangolins rescued out of the illegal wildlife trade was humbling to say the least. But probably more than this, the huge conscious awareness your organisation has created towards these precious rare mammals is overwhelming and so critically important.”