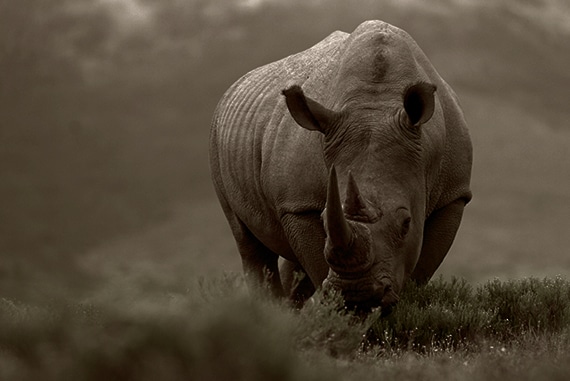 There is hope that rhinos can be brought back from the brink of extinction. This comes as today marks World Rhino Day and saving the Earth’s second-largest land mammals remains a top priority for conservationists across the country.

The rhino story of South Africa is like a roller coaster ride of emotions. There are ups and downs, challenges and triumphs. But at the crux of it, it’s the story of a species’ resilience and of humanity’s ability to work together for the greater good. Through committed and careful scientific research, human perseverance, and determination as well as a generous helping of luck, the species still exists today, and hopefully will for many generations to come.

In 1952, Dr. Ian Player spearheaded an initiative called Operation Rhino. He saw that the species was in dire risk of extinction, and indeed, in some areas of South Africa, it already was locally extinct. He and his teams on the ground ensured the survival of rhinos in Hluhluwe Game Reserve in Kwazulu Natal, and from there, relocated them back into reserves all over South Africa to expand their range and establish viable populations in other areas.

This increased their chances of survival, should some catastrophic event wipe out the species in any one area, and improved genetic diversity, further increasing their species’ fitness.

From as little as only 50 individuals left in the wild, Dr. Ian Player and his team carefully bred and protected, relocated, and expanded their range, until they numbered over 20 000. An absolutely remarkable achievement. The peak in their numbers was reached in about 2007, when the park officials all over the country started noticing a trend. There seemed to be a rising number of rhino poaching incidents. The rise was unexpected and exponential. The peak in murdered rhinos was reached in 2015 with over 1300 rhinos killed. One every 7 hours.

The situation looked bleak and indeed it was, but organizations mobilized resources and sought public support, and with the help of media and journalists, corruption was exposed, and slowly the crisis is being stemmed. There have been five consecutive years of lower poaching numbers, but even so, the journey is not over. There are currently 60% fewer rhinos in South Africa than in 2007, with the White rhino or Square-lipped rhino classed as Near Threatened and the Black rhino or Hook-lipped rhino is critically endangered. Though the situation seems impossible, we can never give up or stop trying. We should never stop until the job is done and the species are safe and secure.

I hadn’t seen a rhino with a horn in years. Careful removal of their horns, (the reason for being poached for use in traditional medicines in many Asian countries) has meant that almost all rhinos in South Africa no longer have these defensive armaments. Seeing a dehorned rhino is so very normalized. But recently had the immense privilege to spend time on foot, with a magnificent Rhino bull, in his prime, whole, and healthy. That he snuck up on us at a waterhole was a surprise and a moment I will not forget soon. It renewed my faith that what we do through exposure and education, is absolutely necessary and that one day we may never again have to deprive these ancient creatures.

With your help, we can make a massive difference for our Rhinos.

You can help us to make our impact felt by donating today.

Scan the code, using the SnapScan app on your phone. 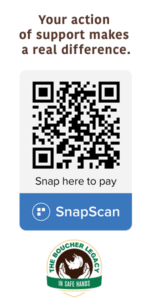